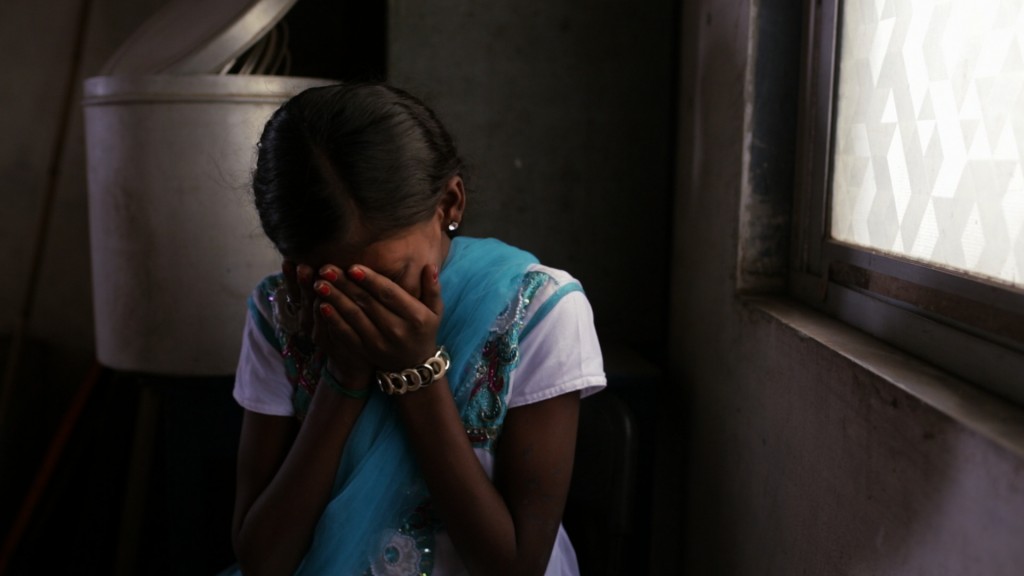 India is a beautiful, dichotomous country –a republic that has been won with blood. It is a nation that battled to win independence from others, but still imprisons its own daily.

In 1942, Indian revolutionary Matangini Hazra uttered the catch-call of the Indian national hymn Vande Mataram (Hail to the Motherland) moments before departing British police forces gunned her down. Today, an independent India continues to struggle with internal slavery perpetuated by the social system, where woman are traded and sold as objects. It has become a motherland of broken mothers, a world leader in the fastest growing illegal trade that sees a new girl torn from her home and trafficked every 30 seconds.

Robert Louis Stevenson once defined all human beings as being commingled out of good and evil. India presents that same dichotomy; a country of stunning, vast resource and culture, carved within by hidden veins of some of the most pure and archetypical evils.

We met Saanvi while visiting a local drop-in centre in Mumbai. The centre was a five-by-five concrete room situated in the epicentre of a prostitute community; a sprawling network of single-room brothels. As we arrived, a circle of eager children greeted us; their mothers, sex-workers from the area lined the stark stone walls of the room. Every day, the staff of the drop-in centre would feed the sex workers and their children, giving them a luxury their paltry daily pay often could not afford.

As we met with the workers and their families, we were probed by the eyes of men assembled just outside of the room, staring through the gaps of the main door. These men were the local pimps, keeping a vulture-like surveillance on their property within.

Saanvi was a deep contradiction; a strikingly beautiful woman with bright eyes and a tragically hijacked life. Orphaned young, she was taken by a relative at age nine and sold to serve as a domestic worker. Once she reached puberty, Saanvi was put out to work in a local brothel.

When speaking of the sex trade, the western world will often use terms like “servicing clients”, or “hosting customers”. What a teenage Saanvi was subjected to was neither of those things; she was systematically raped on a daily basis for years.

Outside of the drop-in centre, Saanvi showed us through the labyrinthine network of alleys where her and the other girls worked. The streets were lined side-by-side with open cubicles, barely big enough to house a bed and a small table; these box-like alcoves were where each girl slept, watched over their children and met with dozens of men a day.

“I never expected that this would be written into my fate” Saanvi quietly admitted as she stood outside her prison cell of a home.

Saanvi has HIV, no family and no alternative. Like the millions who have gone before her, the chances are she will die of aids, while working in this brothel. As we held on to her she wept, held in an embrace she is seldom offered from the endless litany of men who abuse her frame on a daily basis.

As a company, we’ve committed to financially supporting Saanvi’s future treatment and welfare. And for us, that’s a not a decision based on altruism, it’s a necessary reminder. Saanvi represents 8 million girls and women currently in prostitution in India – daughters hopelessly imprisoned within the womb of India’s great motherland.

May their voices never fade, may their faces never disappear from our memories, may their stories never go untold.