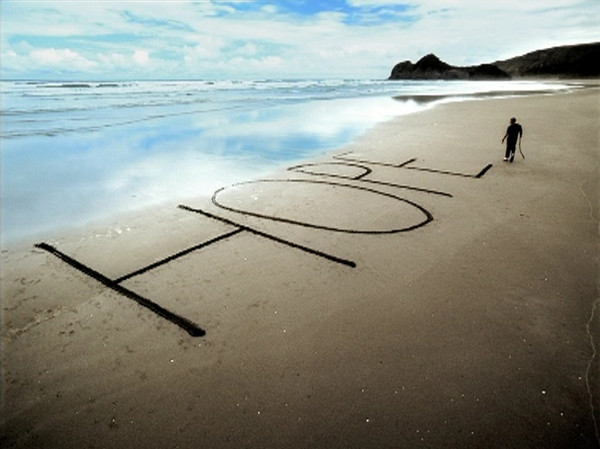 Lines in the Sand

Over ten years ago we filmed Sir John Kirwan etching lines in the sand of Bethels Beach. By now you know the story; the camera pans outward to reveal the word ‘HOPE’, carved into the shoreline; end scene. This image has become iconic because of what it represents; the idea of something tangible, a hope that can be carved out of the seemingly endless milieu of depression.

As filmmakers, we can’t help but hold on to the lofty belief that the images we capture can change lives, that they can sometimes encapsulate something bigger than the sum of the frame. After more than a decade of work with John Kirwan we still hear from people who are affected by his story.

Our work with the Ministry of Health and FCB began at a time when depression suffered from a heavy social stigma in New Zealand. Nowhere was this more noticable than in the culture of the Kiwi Bloke. Men in this country are pictured as the paragons of machismo, with broad shoulders, bundles of Number 8. Wire and emotions firmly in check.

That’s why All Black great John Kirwan was the perfect choice. JK is this physical presence, he exudes immense masculinity and mana from years on the field. And yet he also had this vulnerability and openness to him, and a willingness to share his battle with mental illness with the nation that revered him.

It took months to build relationship with John and his family. They had to be able to trust that we could treat his story with absolute respect, even as we distilled it into 45 second soundbytes.

When we first met with John, his two sons were small enough to be balanced on his knees, they’re now teenagers. Over ten years on, his story continues to be one of our country’s most effective advocacy campaigns, having travelled the world over. He still receives letters from sons around the country; many of them claim his story is the reason they still have a father today.